What is hollow block machine? What's the working principle?

Hollow block machine is called hollow block machine because of the mold. A brick machine can produce different specifications of hollow brick by changing the mold. For the convenience of addressing, people call the brick machine that can produce hollow brick referred to as hollow brick machine. According to the different technology of brick making machine, hollow brick machine can also be divided into different forms. Such as hydraulic press hollow brick machine, automatic hollow brick machine, double and pressurized hollow brick machine, etc. With the continuous innovation and development of technology, I believe there will be more different types of hollow block machine in the future.
(1) Introduction to raw materials used in hollow brick machine:
The bricks produced by hollow brick machine can be processed into new wall materials with industrial wastes such as cement, fly ash, coal cinder, sand, stone, coal gangue, tailing slag, ceramsite and perlite,  such as hollow cement block, blind hole brick, standard brick, and need not be sintered.
(2) Mechanism analysis of strength formation of hollow brick
(1) the strength of unburned brick with industrial waste residue mainly comes from the following four aspects.
(1) Physical mechanical action.
(2) Ion exchange and agglomeration on the surface of particles.
(3) Hydration reaction.
(4) The boundary between phases.
(2) Physical and mechanical action:
In the production of unburned brick with industrial waste residue, the mixer and the roller mill can fully mix the batch, which is beneficial to the activation of the material activity and the reaction between the materials, and plays a more important role in improving the strength of the brick. The initial strength of unburned brick with industrial waste residue is obtained in the process of brick blank pressure forming. Forming not only makes the brick have a certain strength, but also ensures the physical and chemical interaction between the material particles can be carried out efficiently due to the close contact between the raw material particles, which provides conditions for the formation of the later strength. The molding pressure of general industrial waste residue free brick should not be less than 20MPa. The experimental results show that: when other conditions are the same, the strength of unburned brick with industrial waste residue increases with the increase of molding pressure; if there is no high-pressure molding effect, even if cement and lime are added, it can not form high strength.
(3) Multifunctional hydraulic brick making machine.
(1) The machine body is made of super strong material and special welding technology, which is very strong and durable. The machine adopts four bar counter direction way, lengthened wear-resistant guide sleeve, and bidirectional balance rocker arm, which ensures the stable falling off of the die and the accurate movement of the pressure head.
(2) The visual and humanized design mode is adopted in the human-computer field, and the technical parameters can be adjusted at any time. By tackling key technical problems and using high-tech means, the researchers take the Omron detection sensor in Japan as the input signal source, and use the Siemens central processor intelligent control of Germany to integrate the oil circuit, gas circuit, circuit and machinery of the whole machine, so that the whole production line can run periodically.
(3) The distribution system adopts the automatic operation mode of guided retest, which has stable and reliable structure, and has the function of targeted and crushing for different products, so as to achieve the best distribution effect and make the product density uniform. 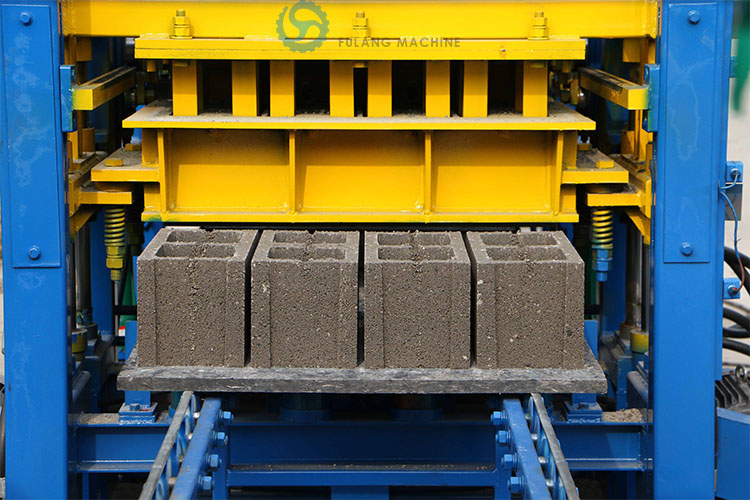