Static brick making machine
Bricks are produced on pallets or boards.
The machine has a fixed production location and the bricks produced are delivered in the form of conveyor belts or manually.
The static brick machine can produce different types of hollow bricks, solid bricks and paving bricks by changing the mold. The automatic static brick machine can also produce curbstone in addition to the above three brick types.

In addition to concrete brick machines, FULANGMACHINE has different types of interlocking brick making machines available for customers to choose from. 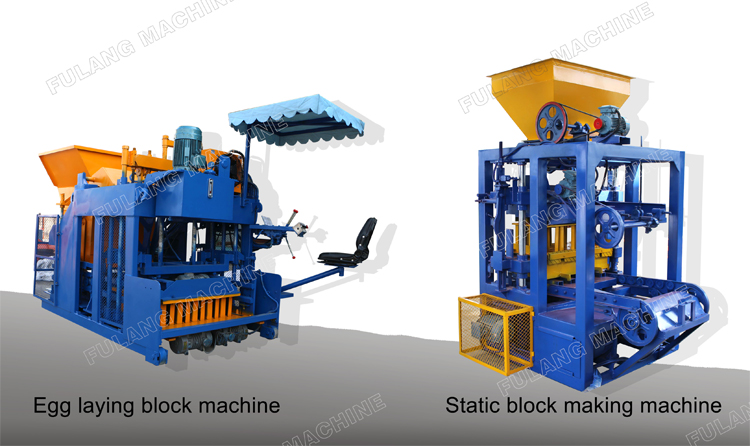